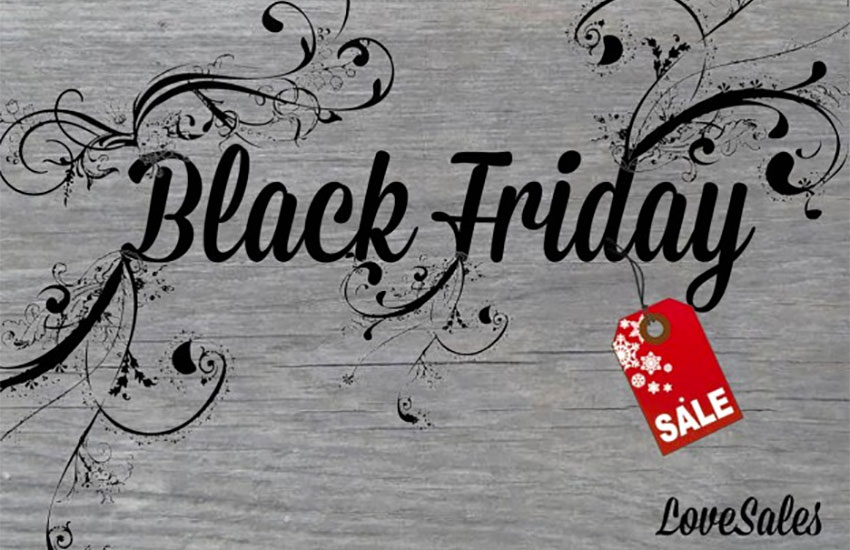 Black Friday has officially become the biggest shopping day of the year and now surpasses the sales generated from the Boxing Day Sales. Black Friday sales this year are expected to see some retailers offering price cuts of up to 90% off some high ticket value items. British shoppers are predicted to go into a shopping frenzy as they attempt to bag deep discounts and stock up with early Christmas gifts. Black Friday this year falls on 27th November and it’s reported that internet sales are expected to surpass £1b for the first time in history. LoveSales predict they will see some of the Best Black Friday Sales in 2015 with Cyber Monday being extremely busy too.

LoveSales.com, the Sales Alerts website saw the biggest sales spike in it’s history on Black Friday 2014. Tens of thousands of savvy shoppers visited the site to see which of our 400 retailers had Black Friday Sales and also benefit from the LoveSale team’s “Top recommended Black Friday Sales”. LoveSales states “This week we have seen a massive increase in LoveSales signups and users adding new items to their watchlist. Items such as TV’s, Coffee machines, iPads, Laptops, Fashion items and Handbags have been frequently added. These savvy shoppers will be expecting these items to drop radically on Black Friday and for LoveSales to send them a price drop alert letting them know when there chosen item has dropped.  Our users will be alerted as soon as the product drops in price, so they can be the first to buy the item before stock runs out in the luxury of their own home and not in a stressful crowd of frantic shoppers.”

So what were the most popular Retailers on Black Friday in 2014?

The team at LoveSales thought it would be very helpful to give our users some insight into the most popular retailers on Black Friday on LoveSales last year in terms of sales generated. Interestingly the retailers that our users shopped with more than any other were indeed fashion and homeware retailers

River Island regularly has sales activity, daily deals and exclusives online and it appears that Black Friday last year was no exception.  Yes this extremely popular retailer was the third most shopped site on Black Friday in 2014. Users were no doubt enjoying some spectacular deals on the most popular shoes, handbags and accessories. As a favourite retailer with the LoveSales team we hope that users can enjoy some deep deals on the biggest shopping day of 2015.

It will come as no surprise to most that Tesco.com was in the Top 5 retailers visited by LoveSales users on Black Friday last year.  The UK’s top retailer clearly maxed up the online discounts across electricals, toys and homeware. Our team recommend definitely tracking this retailer to enjoy some deep Black Friday Sales and potentially some of the best Black Friday Sales of 2015.

It will come as no surprise to our loyal users that John Lewis was extremely popular on Black Friday last year.  John Lewis is often featured on our site with a wide array of breathtaking recommended product deals on quality homewares, furniture, electricals and clothing.  The retailer will no doubt this year have some very tasty Black Friday offers that will see our users very happy customers on homewares and electricals.  We would definitely take a look at our site on black Friday to peruse some hotly anticipated Black Friday deals.

There’s our roundup of the most popular retailers on Black Friday last year. We predict that these sites will again be offering you some of the Best 2015 Black Friday Sales. LoveSales continues; “There will be many sales on Black Friday and rather than visiting multiple websites, we will aggregate all of the best Black Friday Sales in one place and be recommending the best deals.  Don’t delay in also adding products you hope will drop in price on Black Friday into your LoveSales watchlist to be alerted before stock is gone.”

For more information take a look at LoveSale.com